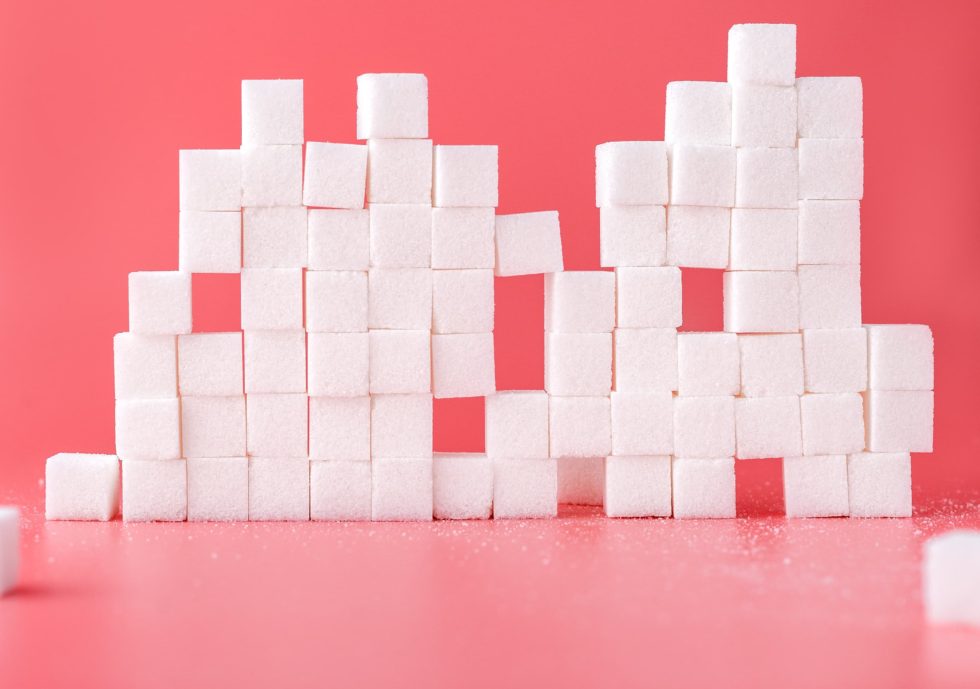 Added Sugar vs. Natural Sugar: Can Your Body Tell the Difference? 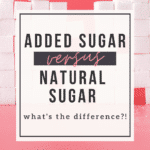 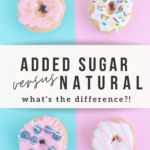 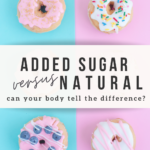 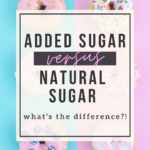 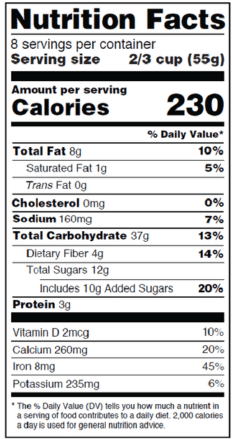 If you pay attention to nutrition labels (or even just take a peek at ’em from time to time), you may have noticed a new line that’s appeared on more and more of your favorite food products. The new Nutrition Facts label now makes manufacturers call out “added sugars” right under the “total sugars” line. But what is added sugar? And is it really any worse for you than natural sugar?

How much sugar does the average american consume per day?

It’s no secret that Americans love sugar. In fact, one might say we love sugar a little too much. According to the FDA, the average American consumes 270 calories per DAY from added sugar – that’s almost 70 grams of added sugar. So, let’s back up here – what is added sugar?

Added sugars, as the name implies, are sugars ADDED to foods and beverages during the manufacturing or preparation process. So, that could be the sugar in a store-bought candy bar or soda, or it could the coconut sugar YOU use to prepare your favorite Paleo cookie recipe.

Natural sugars are those found naturally in foods. Duh. But there’s a little more to it.

So, where do sweeteners like honey and maple syrup fit in here?! Technically, pure honey and maple syrup are naturally made up of sugar. They don’t have any added to them during processing. You may have even heard your favorite food blogger refer to them as “natural” sweeteners. I hate to burst your bubble, but these are NOT considered natural in the added versus natural sugar debate.

If you hear honey and maple syrup being referred to as “natural”, it essentially means they’re a little less refined and processed than other sweeteners like table sugar and brown sugar. Hence why honey and maple syrup are also often referred to as ‘unrefined’ sugars. And although they may retain a little more calcium, iron, magnesium, and antioxidants than plain table sugar, they’re considered added sugars nonetheless.

Why? Well, honey and maple syrup are purchased for the same purposes as a bag of plain old sugar is. You’re not buying maple syrup to eat it by the spoonful all on its own, like you would eat an apple or a yogurt on its own. These are sugar sources that you intend to ADD to other items (i.e. your coffee, pancakes, baked goods, etc.). Same goes for coconut sugar. All of these sweeteners are considered added sugars.

Can your body even tell the difference between added sugar and natural sugar?

Now, for the ultimate question. Can our bodies even tell the difference between added sugars and those found naturally in foods like produce and dairy?

So, why is added sugar bad?

If our bodies can’t even distinguish between added sugars and those found naturally in foods, why the hate on added sugar? Why bother limiting added sugars in favor of natural ones?

Here’s why: how these sugars are packaged ultimately affects how much sugar and how quickly that sugar enters the bloodstream. The sugar found in fruit comes along with other good stuff like fiber, which helps fill you up and slows the absorption of the fruit sugar into the bloodstream. The sugar found in yogurt comes with protein, another satiating nutrient. And we can’t forget about the other good stuff, like the vitamins and minerals found in these sources.

On the other hand foods rich in added sugars are often, but not always, lacking these filling and good-for-you nutrients. Instead, they’re often high in fat and calories. Plus, they’re usually a more concentrated source of sugar.

Consider a small bag of plain M&M ‘s, which has 31 grams of sugar. You’d have to have consume two small apples, six sweet potatoes, or five cups of plain Greek yogurt to reach that amount. As you can imagine, it takes a little more effort to do that.

Now consider what would happen if you did eat the two apple versus the bag of M&Ms. Both provide about the same amount of sugar, but here’s the kicker. The two apples provide seven grams of fiber. The M&Ms? One. That fiber will not only help fill you up, but will also help slow the absorption of the sugar in the apples into the blood stream

On the other hand, the lack of fiber in the candy could put you right on the blood sugar roller coaster, leading to a quick spice in your blood sugar level followed by a steep crash soon after. We all know what a blood sugar crash feels like – you’re tired, moody, and craving more food. But it’s not veggies you’ll end up craving. You’ll likely end up craving – you guessed it- more sugar and calorie-rich foods.

Bottom line: You get more bang for your buck with natural sugar sources. Plus, it’s harder to consume excessive amounts of sugar from these foods, because who’s really eating two apples or inhaling a massive amount of sweet potatoes in one sitting. A small bag of M&Ms on the other hand… I can down that in five seconds flat and still be hungry for more.

Does sugar make you gain weight?

Let’s get one thing straight here. There’s definitely a place for added sugars in a balanced diet! However, diets high in added sugar (not natural sugar) have been linked to weight gain.

Like I mentioned earlier, foods and beverages rich in added sugar often provide little nutritional value for a lot of calories. It’s not that sugar causes weight gain by itself, or that these calories from added sugar are any more fattening than other calories (after all, a calorie is a calorie). It’s just it’s easy to overdo it on added sugar, especially when it’s added to a food or beverage that doesn’t contain much fiber and/or protein (remember, these are the fill-you-up nutrients).

Plus, the more added sugar in your diet, the more it’s displacing nutritious foods, like fruit, veggies, and lean protein. For these reasons, a diet high in added sugar can lead to weight gain, which can trigger inflammation and put you at greater risk of developing type 2 diabetes.

Short answer: no. When it comes to the natural sugars, there’s no established guideline. Most nutrition experts (including myself) aren’t worried about you getting too much sugar from these sources because it requires a lot more effort to overdo it on them. Plus, with these natural sugar sources you’re getting so many other benefits from nutrients like fiber, vitamins, and minerals.

As a dietitian, I’d rather you focus more on just getting natural sugar sources into your diet than minimizing intake of them. If you need a general recommendation for daily fruit intake (which I get asked about a lot), I typically recommend most healthy adults aim for 2 servings per day, which falls in line with the US dietary guidelines.

Although I do recommend you choose most of your sugars based on the company they keep, a life without added sugar would be a pretty boring life to live, wouldn’t it? While food is fuel, it’s also a part of joyful living. Sometimes, the anxiety and stress caused by trying to avoid added sugar as much as possible can be as bad as overdoing it on sugar period.

Both added and natural sugars can fit into a balanced diet – no questions asked. There exists a happy medium by doing what you can to adhere to the recommended daily added sugar limit, and by choosing natural sugar sources like fruit when you can.

Let me know your thoughts on sugar in the comments section below! 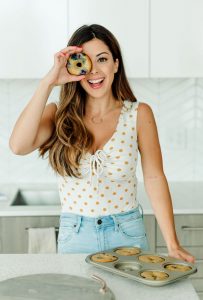 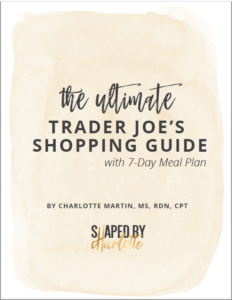 I tweeted this last week to a) make myself laugh &